Islands to Visit for the Best Food in the Caribbean

There are few things as refreshing to your taste buds as the tropical Caribbean flavors. Sourced from local ingredients and fused with global influences, the Caribbean offers unique foods that don’t exist anywhere else. Mango, lime, coconut, flatbreads, breadfruit, callaloo, root vegetables, and salted meats are common ingredients in a variety of dishes throughout the Caribbean, with each island having its own twist. Here are a few islands to visit for the best food in the Caribbean.

When you think about Caribbean food, Jamaica is probably the first place that comes to mind. After all, Jamaica has some of the most recognizable foods in the Caribbean.

If there is one food that is synonymous with Jamaica, it would have to be jerk chicken.

The origin of the cooking style derives from the Taino people, and the term derives from the Spanish word charqui. Though the jerk style of cooking can be applied to other types of meat as well as vegetables, chicken is the most popular application.

Foods are seasoned with spices and slow-cooked over a grill or fire of coals for a smoky taste. A marinade of allspice and Scotch bonnet peppers is also applied to the food.

Looking to learn how to prepare jerk chicken when visiting Jamaica? Try this cooking class or check out this Food and Wine recipe!

The Jamaican national dish, ackee and saltfish, is made of the ackee fruit, which was imported from Ghana during colonialism, and salted codfish. The dish is often paired with rice and is eaten for breakfast and dinner.

A derivative of the Cornish pasty, Jamaican beef patties are made with seasoned beef, wheat flour, and a combination of either turmeric, cumin, curry, and cayenne pepper. Beef patties are often eaten inside coco bread, which is made with flour and coconut milk.

Known as the “spice island”, did you know that Grenada is responsible for 20 percent of the world’s nutmeg production?

Grenada is the first and only place I’ve ever eaten nutmeg ice cream, and it was fire! I wish I could have brought some ice cream home, but I did bring home some Grenadian nutmeg.

To understand the history of Grenada, you should delve into its national dish, the oil down, which is prepared by using salted fish and meat that is simmered in a pot of coconut milk, breadfruit, and local vegetables until only coconut oil (not coconut milk) remains at the bottom of the pot; hence the name oil down.

Though oil down is a relatively simple dish, the history of its ingredients in Grenada is not so simple.

While a few of the ingredients in oil down, such as callaloo, a leafy green vegetable, are native to the island, most ingredients come from outside Grenada.

Beginning in the 16th century, Europeans imported bananas and carrots from Asia and Europe as well as breadfruit in the 18th century, while slaves brought their traditional method of one-pot cooking and used meat scraps from the plantation.

Salted fish was brought from Canada as cheap food for slaves and was eventually used in oil down, and Indians arrived post-slavery as laborers in the 19th century, bringing spices such as turmeric.

All of these ingredients have been combined into a hearty one-pot stew that unexpectedly reflects the country’s history. The same could be said of other Caribbean islands that share a similar food story. Check out this oil down recipe to try at home.

Where to eat in Grenada

I highly recommend taking a culinary tour of the island as well as attending Fish Fry Fridays in Gouyave.

I also brought home some chocolate from the Grenada Chocolate Company, whom I credit with starting my love affair with dark chocolate (80% cocoa or greater). Though I had eaten dark chocolate before, the Trinitario beans grown in Grenada have a rich, buttery flavor I couldn’t resist.

Another good place to try Grenadian cuisine is at Boots Cuisine, a family-run establishment that is a consistent favorite among locals and tourists. Operating from a house, the restaurant has a very local vibe and menu. Their callalou soup, pumpkin soup, sweet potato, and fish dishes are fantastic.

With dishes such as accra and colombo, the French overseas territory of Martinique offers its own mélange of African, Asian, Amerindian, and European influences.

I explored Martinican cuisine through a cooking class a few years ago. And of the many dishes I prepared, one of the most simple and tasty was accras de morue or fish fritters using salted codfish, manioc flour, onion, pepper, and spices.

Because the cod was already salted, there wasn’t much need to season the fish. The fritters were so light and delish and are usually eaten during snack time or breakfast!

Try the delicious fritter recipe I made with Les Ateliers Médélices:

1. Shred the cod it into small pieces, then chop it very finely.

3. Mix the puree with the cod and then with the manioc flour.

4. Cook fritters in heated oil in a large skillet until golden brown.

Related post: My Top 5 Best Meals Ever While Traveling

On the island, you’ll often find Ti Punch a uniquely Martinican drink made of freshly squeezed cane juice, a splash of lime, and rhum agricole, which is a type of rum that is made from sugarcane juice instead of from molasses, like most rums.

St. Lucian food is a blend of European, West Indian, and Creole cuisines. Similar to Jamaica, St. Lucia’s national dish is green bananas, which locals call green figs, and saltfish. Like many dishes in the Caribbean, green figs and saltfish has roots in slavery, when salted codfish was imported from Canada to provide to slaves.

Lambi, the Creole word for conch, is a seafood dish found throughout the Caribbean. In St. Lucia, lambi is often a party food that is cut into small pieces and cooked in spicy sauces.

When you’re in St. Lucia, you have to try cocoa tea and bake. But cocoa tea doesn’t contain tea leaves; it contains grated cocoa sticks, water, milk, sugar, cinnamon, and nutmeg that is heated in a pot. Sometimes, a pinch of flour is added to thicken the tea.

Where to eat in St. Lucia

For a local dining experience, check out Roots Beach Bar, Jambe de Bois, and Mama Tilly’s Barbecue and Grill. You can also visit Rodney Bay, which has a selection of casual eateries.

For an upscale dining experience, head to Jade Mountain Club, Apsara, and Jacques Waterfront Dining, to name a few. Since most of the island’s five-star resorts have top fine dining establishments, there are a lot of options.

Native to Barbados, flying fish is a common food on the menu in Barbados. This unique fish got its name, because it can actually use its large fins to glide over the water for up to 40 meters. Flying fish and cou cou, a food similar to Italian polenta, comprise the national dish of Barbados.

Two other foods to try in Barbados are macaroni pie and conkies. Macaroni pie is the island’s unofficial national dish, and it’s similar to baked macaroni and cheese with ketchup and mustard added to it.

Often served during independence day celebrations, conkies is a sweet treat steamed in banana leaves and made of coconut, cornmeal, sweet potatoes, pumpkins, and raisins.

Where to eat in Barbados

Barbados has some really wonderful restaurants. One of the most renowned is The Cliff Barbados, a romantic, waterfront restaurant with amazing seafood.

The Tides and Chillin’ and Grillin’, and the Fish Fry at Oistins are also worth visiting. There are so many great places to eat, you can’t go wrong.

Trinidad is a great place to “lime”, or hang out”, as well as enjoy some of the best street food in the Caribbean.

My favorite place to “lime” was Ariapita Avenue, which houses several night clubs, restaurants, and street food vendors. You can find such a variety of foods here, and it’s one of the best street food experiences anywhere.

The Indian influence is really noticeable in Trinidadian food, and practically anything can be curried, from meats to mango. Trinidadian roti comes wrapped in a dhal puri, a type of Indian-inspired flatbread made in the Caribbean. Doubles, another popular Indian-inspired dish, is a sandwich made with curried chickpeas between two fried pieces of flatbread.

Without a doubt, bake and shark is the most uniquely Trinidadian food. Especially popular on Maracas Beach, this street food contains marinated pieces of shark meat that is fried and placed inside a flatbread, also called a bake.

What do you consider the best food in the Caribbean? Tell us in the comments.

This post may contain affiliate links, which means that we may receive a small amount of income if you click the link and purchase something we have recommended. Clicking these links won’t cost you any extra money, and all opinions remain our own. 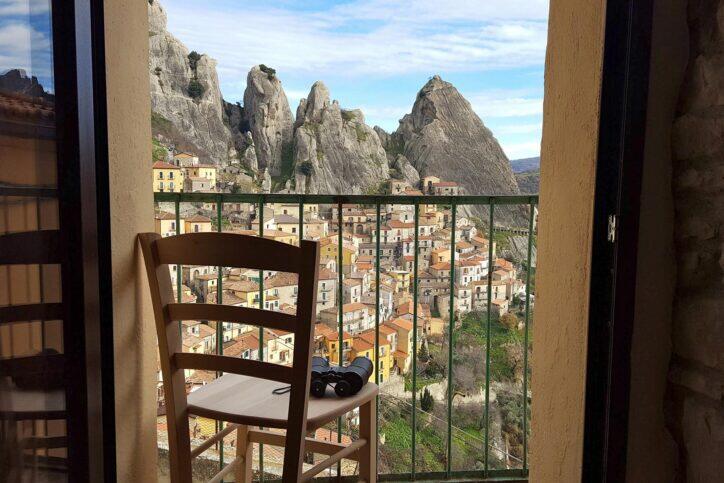 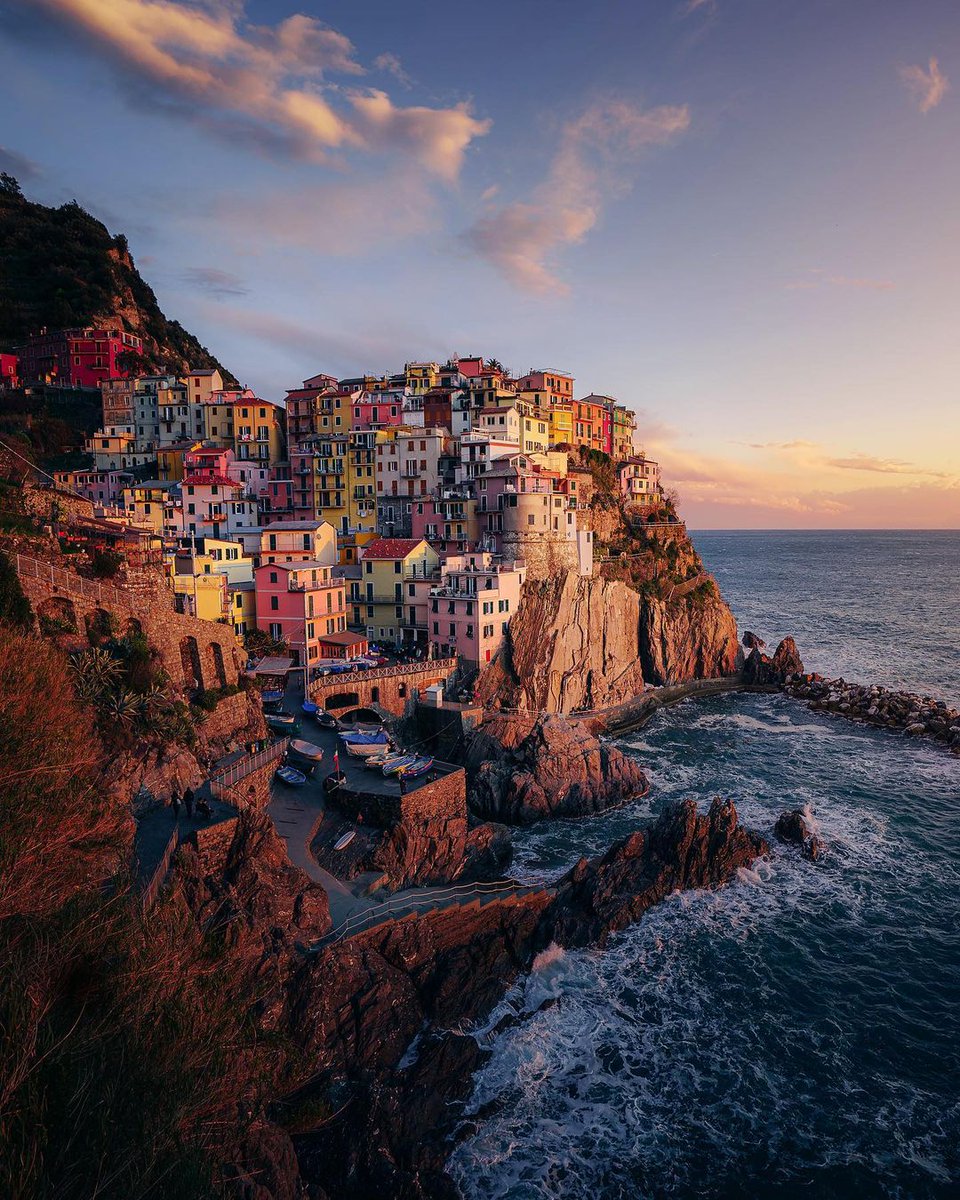